Neo Geo home consoles were released during the 1990s and impressed the audience significantly.

Many fans were disappointed when the device was discontinued in 1997. After that, many similar games were created to keep the Neo Geo spirit alive.

Besides that, not every person purchased the console due to the high price. Luckily, technology has improved a lot since then, and it is now possible to play your favorite Neo Geo games on computers and Android devices. All you need is a suitable emulator.

If you are a 1980s or 1990s kid who has a sense of nostalgia when you think about the old games that shaped up your childhood then these emulators are going to help you take a journey down history lane.

These emulators are easy to use and can run a lot of different games so you are going to love these emulators.

What is the best NEO Geo Emulator?

Here are the seven best Neo Geo emulators you can use to play classic games:

MAME is the top Neo Geo emulator that serves as a multi-platform. It is an open-source program allowing it to work on various devices with ease. The platform is available on Windows, Linux, and Mac devices. The developer regularly updates it to ensure you don’t lack any features.

The best part about MAME is that it is compatible with all Neo Geo games, including CD versions. You also don’t have to worry about a learning curve because the program offers helpful advice. The interface is also user-friendly to ensure you face minimal trouble.

Nebula is another famous Neo Geo emulator with a powerful and sleek interface. You can easily navigate the different options and play your favorite games without technical issues. Most Neo Geo ROMs are compatible with this platform, and netplay is also available to interact with other players.

The program works well on Windows devices, including 10 and 11 versions. However, you must note the app is not updated regularly. The last update took place in 2014, so the emulator may not let you use some features that are available on the latest emulators.

FinalBurn Alpha came into being in 2000, and it is an open-source platform. It is compatible with Capcom CPS2 games. The program was discontinued in 2001, but it has many unofficial versions. So you can still use FinalBurn Alpha on your Windows devices.

This emulator is also available on Android devices to offer more flexibility. The mobile version is sometimes called aFBA, so you should use this term for searching if FinalBurn does not show results. The platform’s interface is user-friendly, and performance speed is relatively high.

Xe is the best Neo Geo emulator because of its easiest interface and navigation guidance. It is a multi-platform with unique AutoFill, Zoom In, and Horizontal Overscan features. Your gaming experience will improve when using Xe.

You can use the platform on Linux and Windows devices without much effort. The app did have some bugs in the past, but the developers have resolved the issue. Now, the program is updated regularly to remove errors and help you play efficiently.

If you want a Neo Geo emulator that can work on all devices, look no further than RetroArch. You can use the platform on Mac, Windows, Linux, iOS, and Android devices. It can also emulate other gaming consoles such as PlayStation, Gameboy, Wii, and much more.

The emulator also configures the various controllers automatically to save time. You can also customize the settings manually to ensure your needs are fulfilled and the gaming experience is fun. Develops also update the software regularly to keep you away from technical issues.

Kawaks is an emulator that supports Neo Geo games and Capcom 1 and 2 games. It also has netplay features, so you can compete against a friend easily by challenging or inviting them.

You can also join servers to play online and interact with other players. The only drawback of this program is that it hasn’t been updated since 2016. So you can expect the platform to lag slightly more than recent emulators. Of course, the gaming experience will still be enjoyable.

Calice32 has a simple interface that makes it suitable for beginners and advanced players. Using this platform, you can play Neo Geo, Capcom, and Sega games. The best part is that it offers high graphics and joystick support for enjoying.

It is compatible with various games for playing with ease. However, the platform’s last update was in 2002. You may be missing out on some features present on the latest emulators. So consider this factor before choosing Calice32. 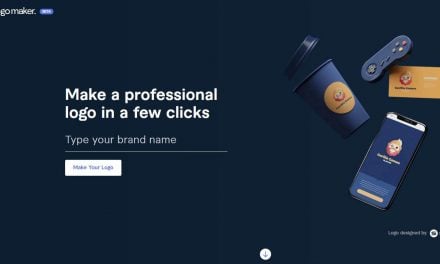