How Much Do VTubers Make? (Full Numbers Revealed)

Virtual YouTubers, popularly known as vtubers are online personalities who use animated avatars to represent themselves on video platforms such as Twitch, and YouTube.

They are famous for their anime-styled virtual avatars and engaging personalities and have become a popular and influential presence within the online community.

These individuals have gained a large following in recent years, leading many people to wonder about their potential earnings.

In this article, we will explore the potential earnings of vtubers and the various factors that can impact their income.

How Much Do VTubers Make – A Look at Their Potential Earnings

According to some estimates, vtubers with a large following and a consistent stream of content can potentially earn millions of dollars per year. However, this varies significantly on their popularity, the number of subscribers, views, engagements, and other factors.

Using a bit of simple math, we can see that vtubers with a significant following often experience impressive levels of engagement, with their videos often receiving around 20 million views each month.

On average, these videos have the potential to earn between $3 and $7 for every 1,000 views.

With this information, it’s easy to predict that a VTuber’s YouTube channel can generate around $100,000 in ad revenue per month, potentially totaling around $1.2 million annually. (it is important to know that these are just rough estimates and the actual earnings may vary)

In addition to the ad revenue they earn from their YouTube channels, vtubers also have the potential to generate income through a variety of other sources.

These may include merchandise sales, participation in affiliate programs, endorsements, and donations from their fans.

Ultimately, the amount that a vtuber makes will depend on their circumstances and the success of their content.

What are The Factors That Influence a VTuber’s Income?

Various factors can influence the income of a vtuber, including their popularity, the amount of content they produce, and the level of engagement they have with their audience.

Vtubers who have a large following and consistently produce new content are more likely to earn more than those with a smaller audience and less frequent content.

The number of subscribers, views, and engagement a vtuber has can also play a major role in their income.

For instance, a vtuber with a high number of subscribers and views may be able to negotiate higher rates for advertising and endorsements due to their influence and reach.

Engagement, such as likes, comments, and shares, can also serve as an indication of the popularity and success of a vtuber’s content, which can then impact their earning potential.

In addition to these factors, vtubers also have the opportunity to earn income through various other sources.

These may include merchandise sales, affiliate programs, and donations from their fans.

Merchandise sales can be a lucrative source of income for vtubers, as they often have dedicated and devoted followers who are interested in purchasing items with their favorite vtuber’s branding or image.

Affiliate programs allow vtubers to earn a commission by promoting products or services on their channel.

Donations from fans, often made through platforms such as Patreon, can also contribute to a vtuber’s income.

Other Factors That Influence a Vtuber’s Income

One less frequently discussed factor that can impact a vtuber’s income is their nationality and language.

Vtubers based in countries with high ad rates or speaking languages in demand may be able to negotiate higher rates for advertising and endorsements.

Additionally, Vtubers who speak multiple languages or cater to international audiences may also have a wider pool of potential advertisers and sponsors, which can increase their earning potential.

On the other hand, vtubers who create content in a language not widely spoken may have fewer opportunities for advertisers and sponsors, which could affect their earning potential.

In conclusion, we can see that vtubing can be a profitable career when done right. So, why wait? Now is the perfect time to join the trend and make your mark on the internet.

Our complete guide on How to Become a Vtuber has all the info you need to get started. 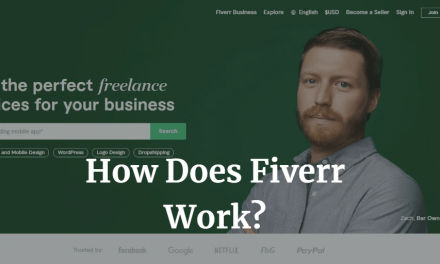 How Does Fiverr Work? [Answers To ALL Of Your Questions] 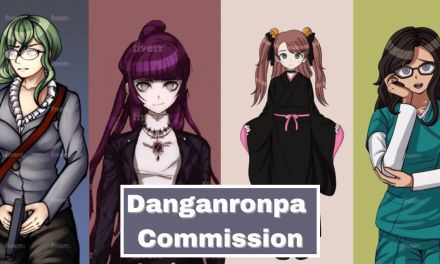 How and Where to Get Danganronpa Sprite Commissions