A logo is one of the top things that relay a brand’s identity. It is also a key thing that goes a long way with advertisement.

Every time a person sees your brand’s logo, it may intrigue them and get them to your shop.

Besides that, a logo also serves many other purposes, such as boosting website traffic.

If you have a company with the letter T, you’ve come to the right place.

Here are some famous logos with T that will help you understand the symbol’s importance.

Toblerone is a Swiss chocolate brand with a fan-following of thousands of people from all around the world. The company is known for creating triangle-shaped chocolate bars to represent pyramids. Not only that, but the logo also contains the Matterhorn peak in Switzerland to display the brand’s origin.

The top thing about Toblerone’s logo is that the peak also has the same shape as the chocolate. This is a coincidence that many people believe to be true. Nonetheless, it helped the company significantly with its branding and advertisement.

However, this logo with T also contains a hidden message that you may not have noticed. The mountain peak also has an outline of a bear towards the left side of the picture. A key reason why the brand chose this animal is that the chocolate is made in Berne, and the symbol of that is a bear.

There are many automobile companies in the world currently, but Toyota is one of the top ones. Just like many other brands, this company also uses red as the primary color for the lettering. This is a strategic move because of the color theory importance.

The color red invokes a call to action for most people, which is one of the reasons behind the logo’s design. Meanwhile, the silver symbol represents elegance, professionalism, and safety. Not only that, but it also adds quality to the design.

Another thing to note about this logo is the two striking ovals inside the symbol. As per the company, one of them represents the customer’s heart while the other is for the brand’s heart. The concept of making them interlock is to form T, which is the first letter of the company name.

Target is a company that starts with the letter T but keep in mind that it does not have any logos with T. Despite that, it is on our list because of the clever design. Initially, the store had three white and red concentric circles to make up a bullseye board.

However, later the company changed the logo and shifted to bold lettering of Target in red color. This didn’t last long, and the company returned to a modified version of the bullseye design. Now the logo has two red circles and one white circle.

The primary thing to understand from the design is the intelligent way to make consumers remember the brand. This is because the bullseye is a target towards which people aim. This is synonymous with the brand’s name.

Besides that, the concept of a circle within a circle is to represent friendship, community, and endurance. These are the three key values of the brand. Meanwhile, again the red color allows the company to grab attention while the white shade symbolizes health.

Here are some tips that will help you design logos with T effortlessly:

The top way to develop unique logos with T is by understanding the design options. You can simply have trademark lettering of your company to define the brand. Besides that, you can also use an image or symbol along with the logo.

Another thing to remember is to decide where your logo will be seen the most. For instance, will you be using it for the website only or on your products? If so, you must ensure that it will complement the packaging.

Color psychology plays an integral role in helping you attract customers. However, that does not mean you should start using all the different shades in your logo. A general rule of thumb is not to use more than three colors in one symbol.

For instance, Toyota has only silver and red colors in its logos with T. Target also has two shades in its design. Thus, keep things simple by not over-optimizing your logos with T by colors.

The font may not seem a big deal to you, but we beg to differ like most other experts. The design of the letters should be complemented by the font. You can choose from bold and thick lettering to simple and thin blocks.

Besides that, you should also decide whether to use different shapes to form a T or simply use the letter. For instance, the Toyota logo has the name of the company and ovals interlocking to make a T.

What Is Customer Acquisition? (Full Meaning) 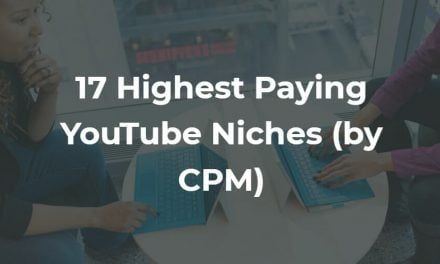